I turned 30 this year, and it’s been on my list to commemorate that milestone by hiking all 31 miles of Portland’s Wildwood Trail. It’s been a busy year, with a move to a new apartment, projects at work, training for and running the Eugene Marathon, a shoulder surgery in May, etc. So I’d put it off. But after traveling to Italy in September and all the walking I’d done there, I finally felt that I was ready.

I have a few friends who had done the entire hike in one day, and they had recommended meeting at the Zoo, leaving cars there, then carpooling up to the Newberry Trailhead and hiking south back down towards Portland. I created a Facebook event with this plan in mind, and invited several friends who I thought might be interested, and others who I thought might be up for hiking segments of it with me.

31 miles is a big commitment from friends, but I got one taker on that. Unfortunately, he had to bail last-minute for a work trip. I did, however, have several friends who were up for hiking segments of it with me.

The morning of October 13, four of us met at the Zoo parking lot at 7 am. I’d taken a Lyft there and unfortunately hadn’t properly secured my Camelbak, so it leaked about an 8th of my water all over the guy’s seat. I apologized profusely and left a good tip.

My friends and I staged a car at mile 7, then drove up to the Newberry Trailhead. It was great having support at the start, and we even ran into a couple other people we knew on a trail run up there. After mile 7, they exited on a firelane to their car. 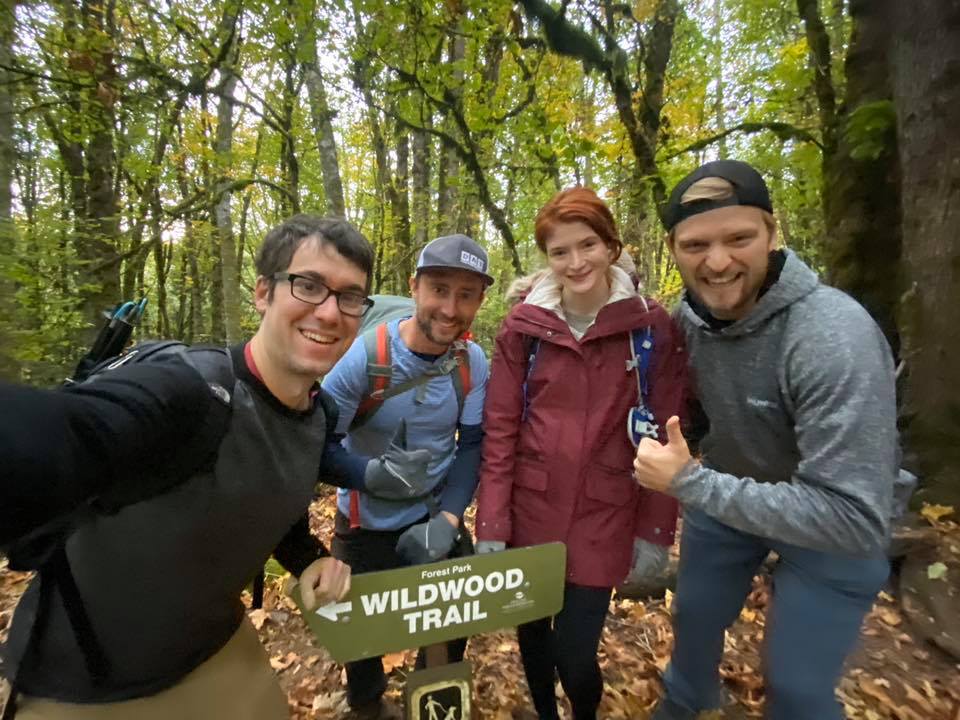 I hiked the next 20 miles solo. It was a beautiful, clear fall morning, and I got some quality podcast and audiobook listening in. My AirPods died a couple times, and I would stop to put them back in their charger. I used those moments as a reminder to eat, which I generally forget to do when I’m hiking. I’d packed a few protein shakes, several low-fiber rice cakes with peanut butter, a handful of GU packets, and electrolyte tablets. There were exactly zero porta potties along the trail, so be prepared for that if you decide to hike this yourself. Fortunately, in most areas there aren’t too many people around. 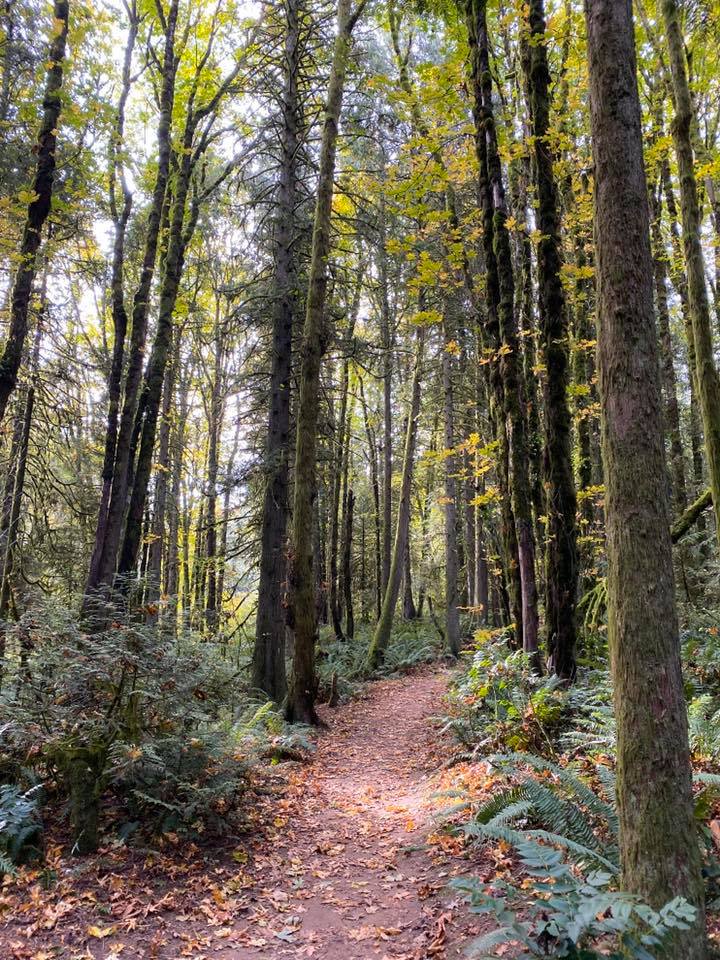 Near Lower Macleay Park, I ran out of water. At that point, though, it’s a short trek up switchbacks to Pittock Mansion. Those switchbacks were brutal on my legs at mile 27, but I powered up them. At Pittock, I met up with my friend, Dugan. We took a few photos from the viewpoint, and he gave me a Gatorade which I was super grateful for. I also filled up my water there.

We hiked downhill on the road toward the Hoyt Arboretum. There was a trail closure near Burnside, but I’d scouted out a detour using the roads the day before. At Hoyt, a couple more friends joined us, and then two more joined in the last mile of the trail.

Night was falling as we reached the Zoo. I’d initially been set on hiking the entire trail by myself, but in that moment I was incredibly grateful for the support from my friends and appreciated how much that helped me to get across the line at mile 31. Afterwards, we met up with more friends at Breakside Brewery to celebrate. 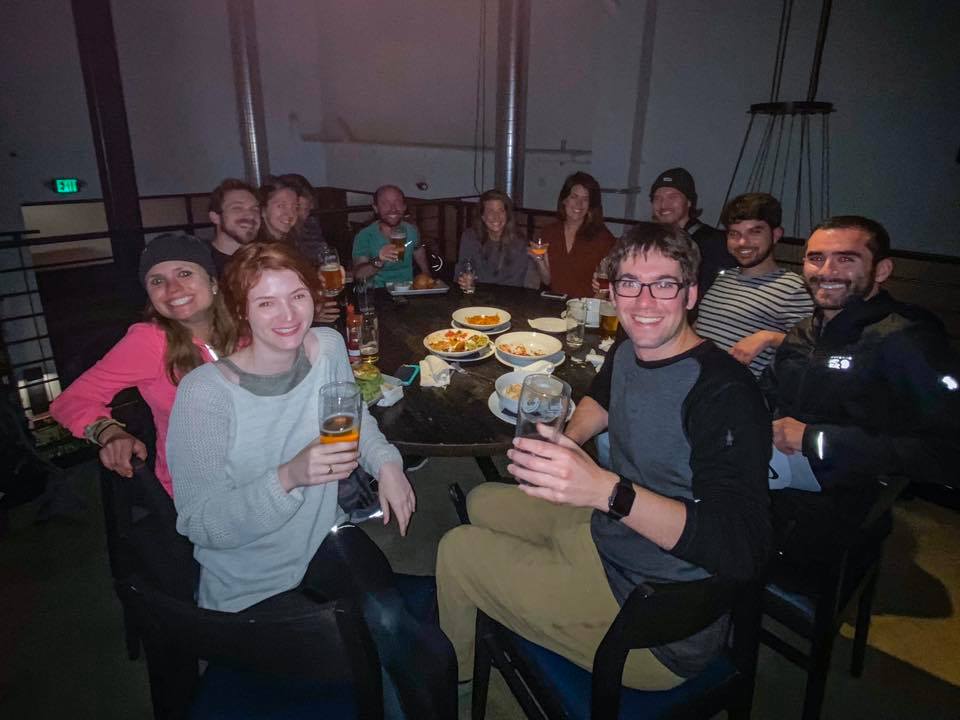 I’d kept my Apple Watch Series 3 running the whole time, and was amazed that the battery lasted so well for 11 hours of activity. It was only down to about 40% after it all. 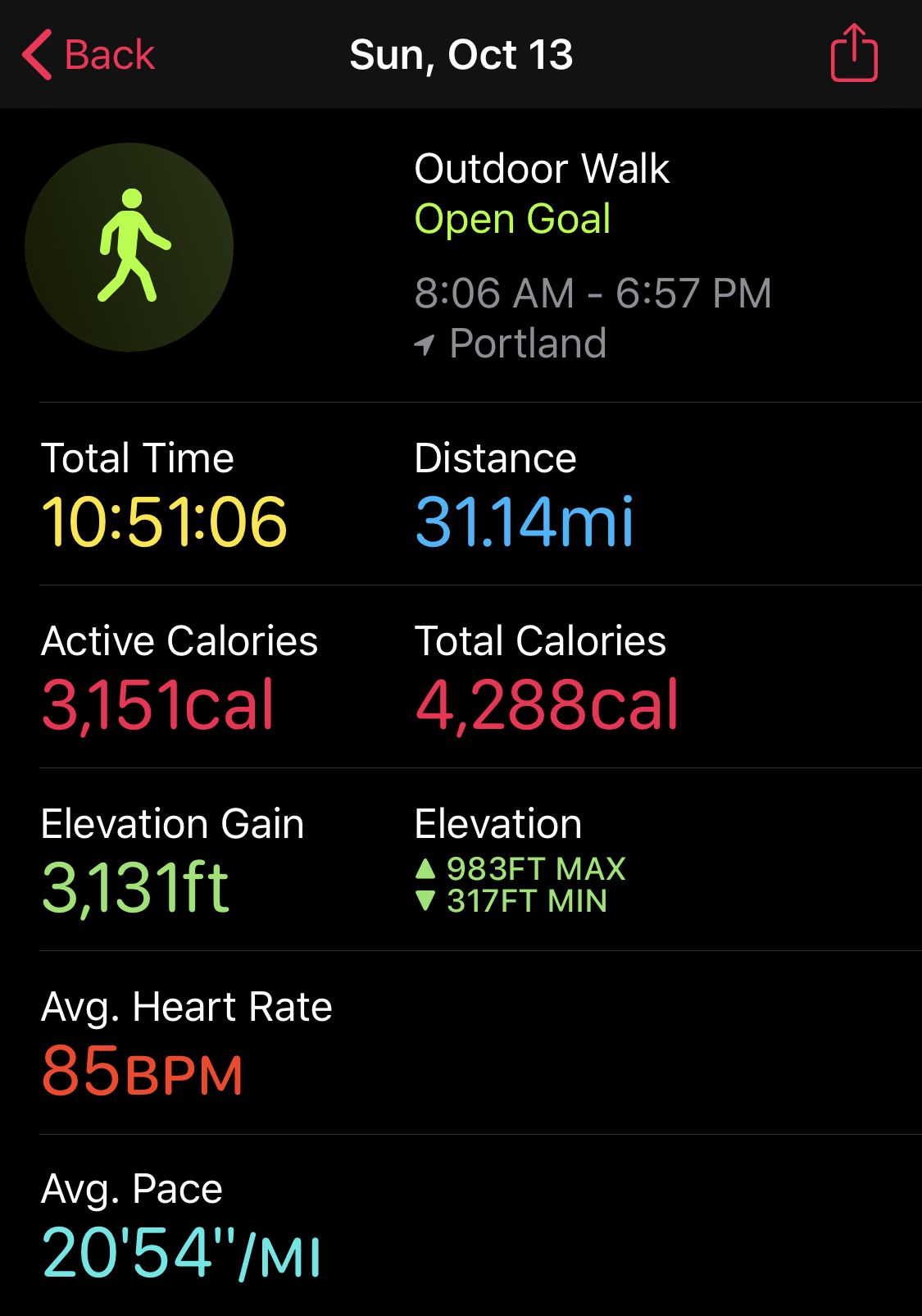 Advice for this hike if you do it yourself:

Posting this a few months late, but wanted to share a few photos and stories from a bike trip my dad and I took in October in the San Juan Islands.