My dad and I spent September 10 cycling the Trail of the Couer d’Alenes.

This trail is a rails-to-trails paved ride that has been on our list ever since we first got our gravel bikes just over a year ago. 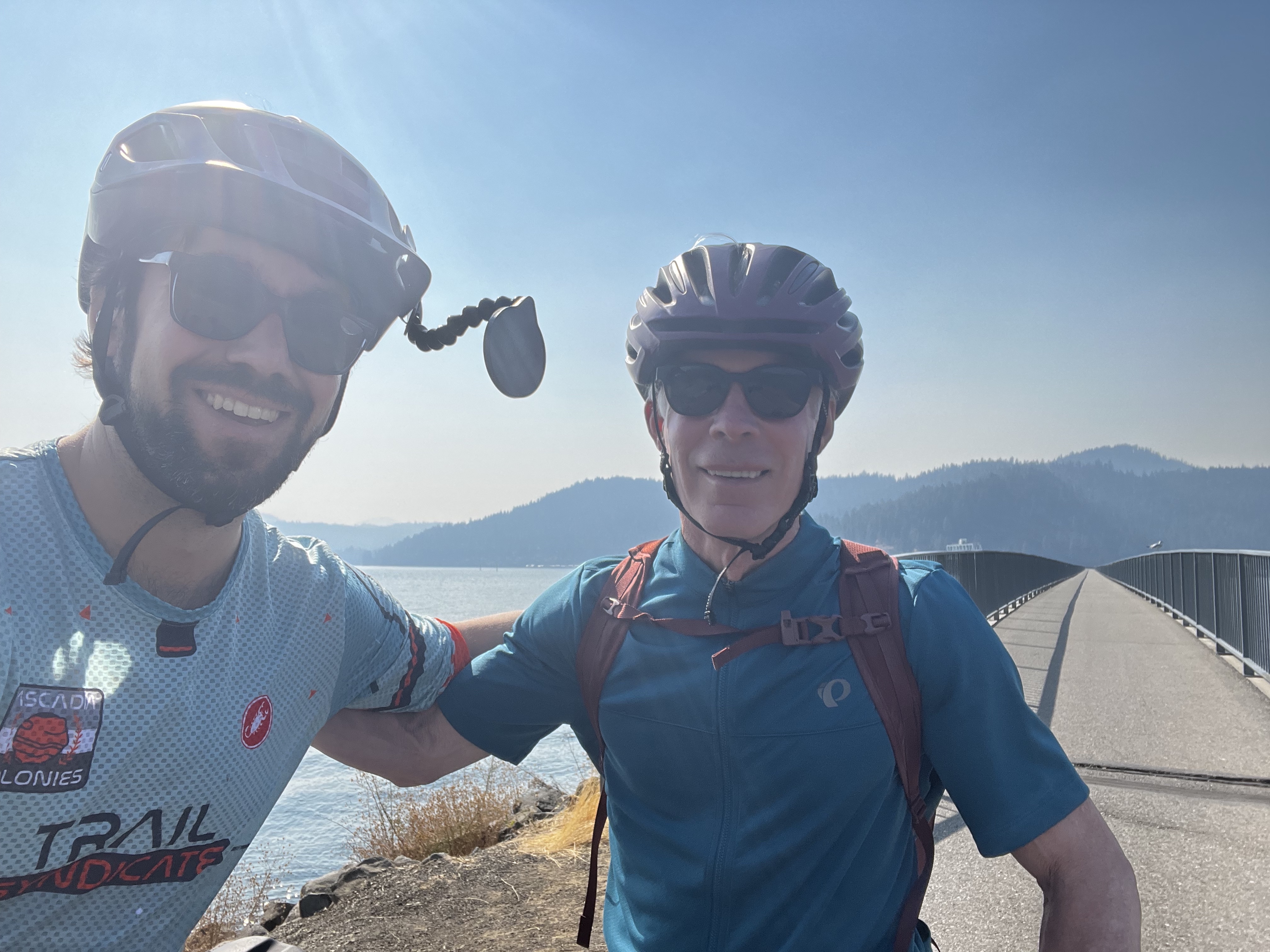 We lucked out with a clear, sunny day; wildfires in the area caused hazardous air quality on the prior and subsequent days. We had plans the day afterwards to explore the town of Couer d’Alenes, but the smoke made that untenable. I hope to be back soon, though.

We stayed at the Wallace Inn, and took the Cycle Haus shuttle to Harrison at 11 am. 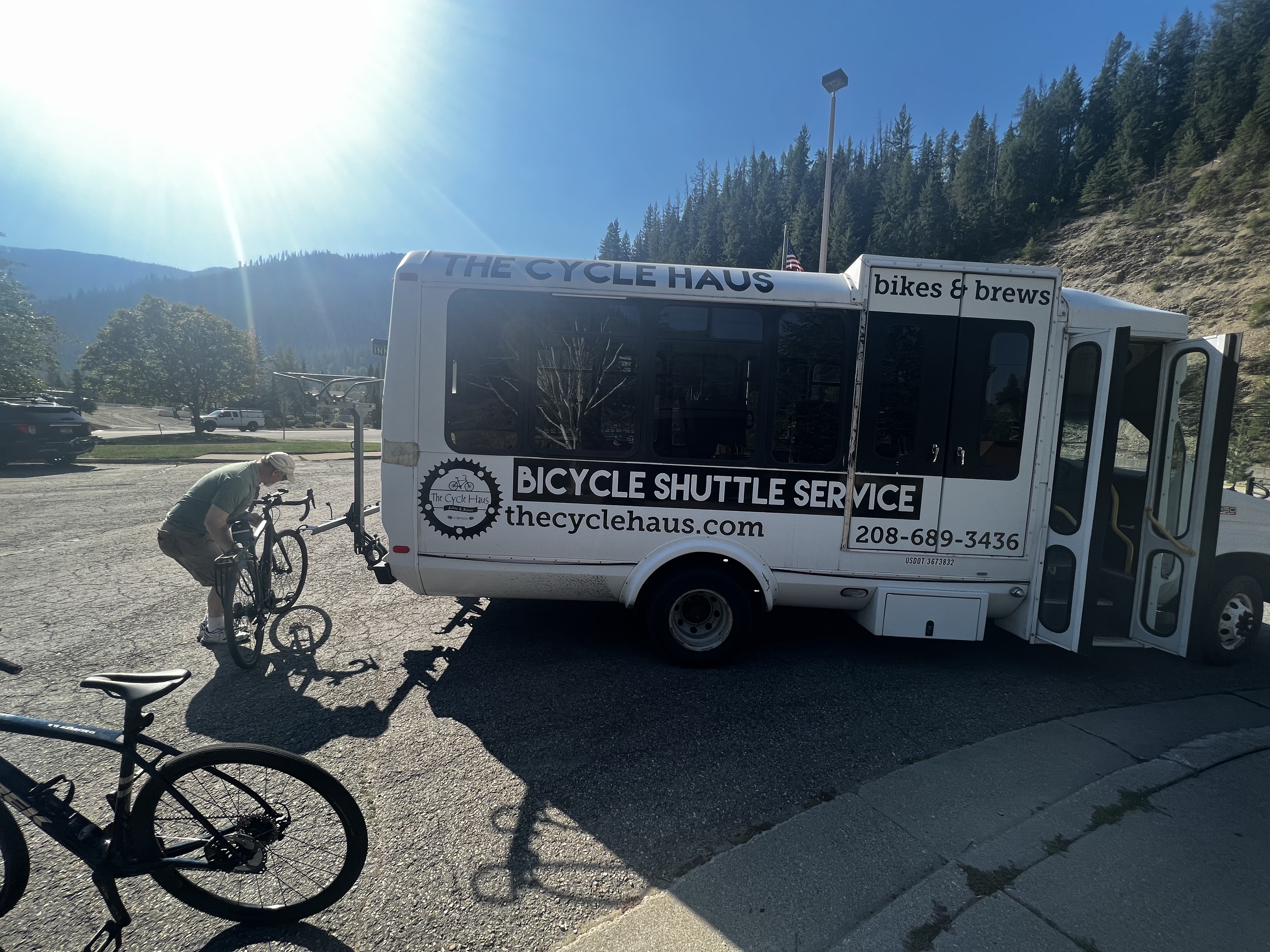 From Harrison, we rode to the trail’s beginning in Plummer, then rode back to Harrison.

It was a little redundant doing it this way, and added some mileage, but we chose that route because it would’ve been a much longer shuttle around the lake to the very beginning of the trail. That part of the trail was beautiful anyway and had the lake views, so I didn’t mind a little repetition.

The ride was almost 90 miles total, which is our longest one to date. It took us about 9 hours, including a stop for lunch in Harrison.

I inadvertently paused Strava at one point, so it’s broken up into two tracks: 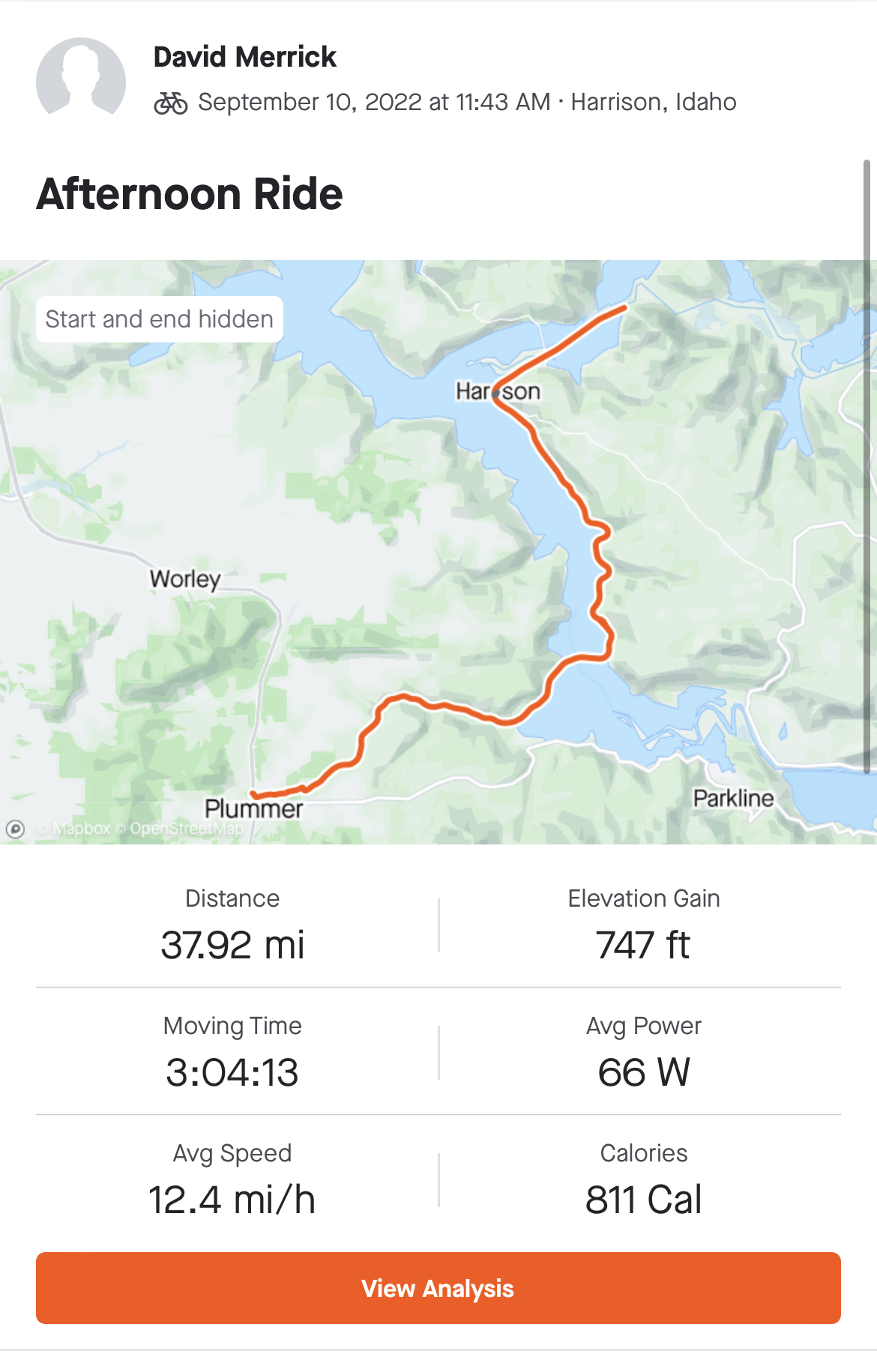 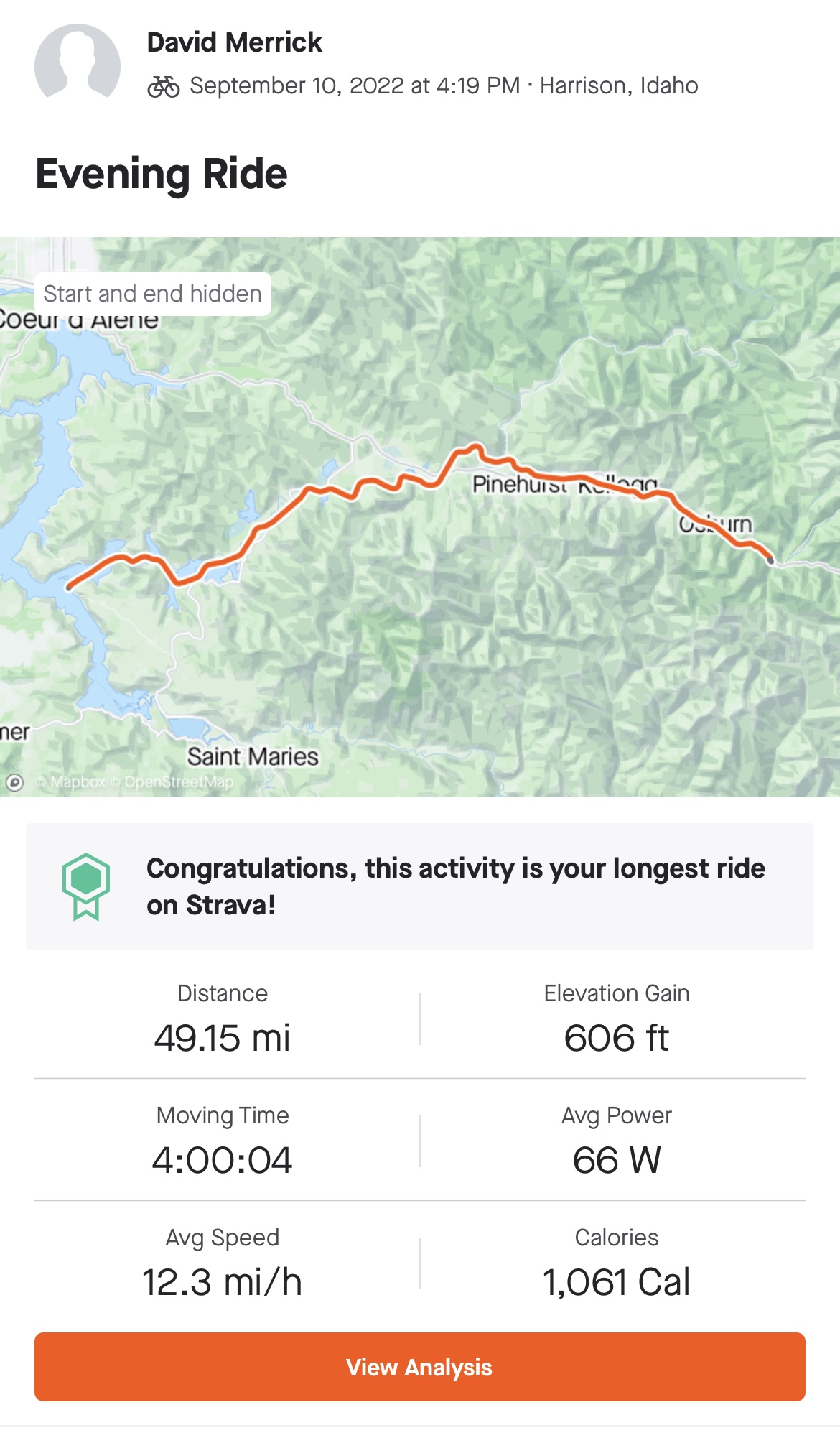 The trail was beautiful overall, with views of the lake, many miles alongside the Coeur d’Alene River, and occasional moose sightings. 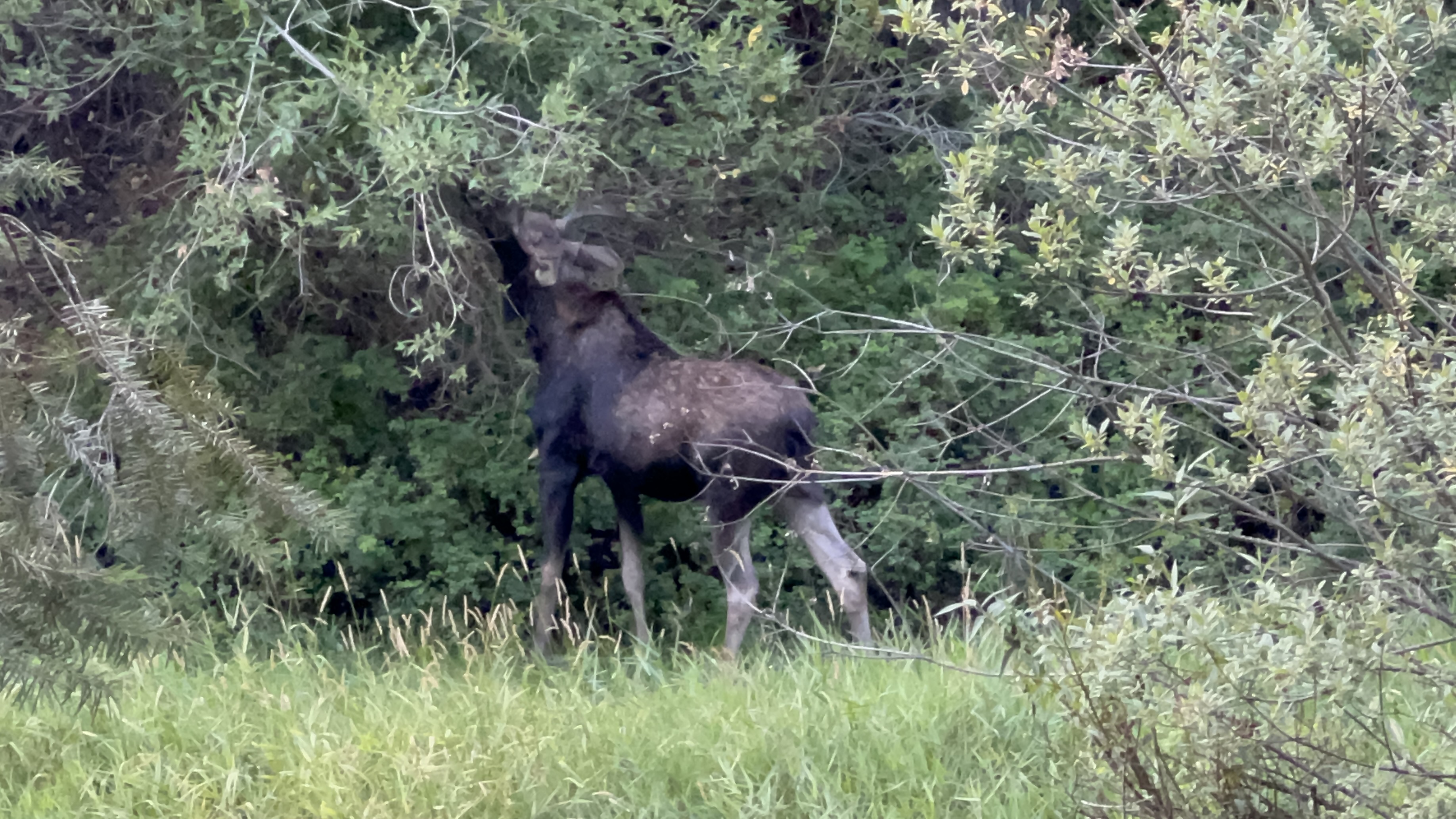 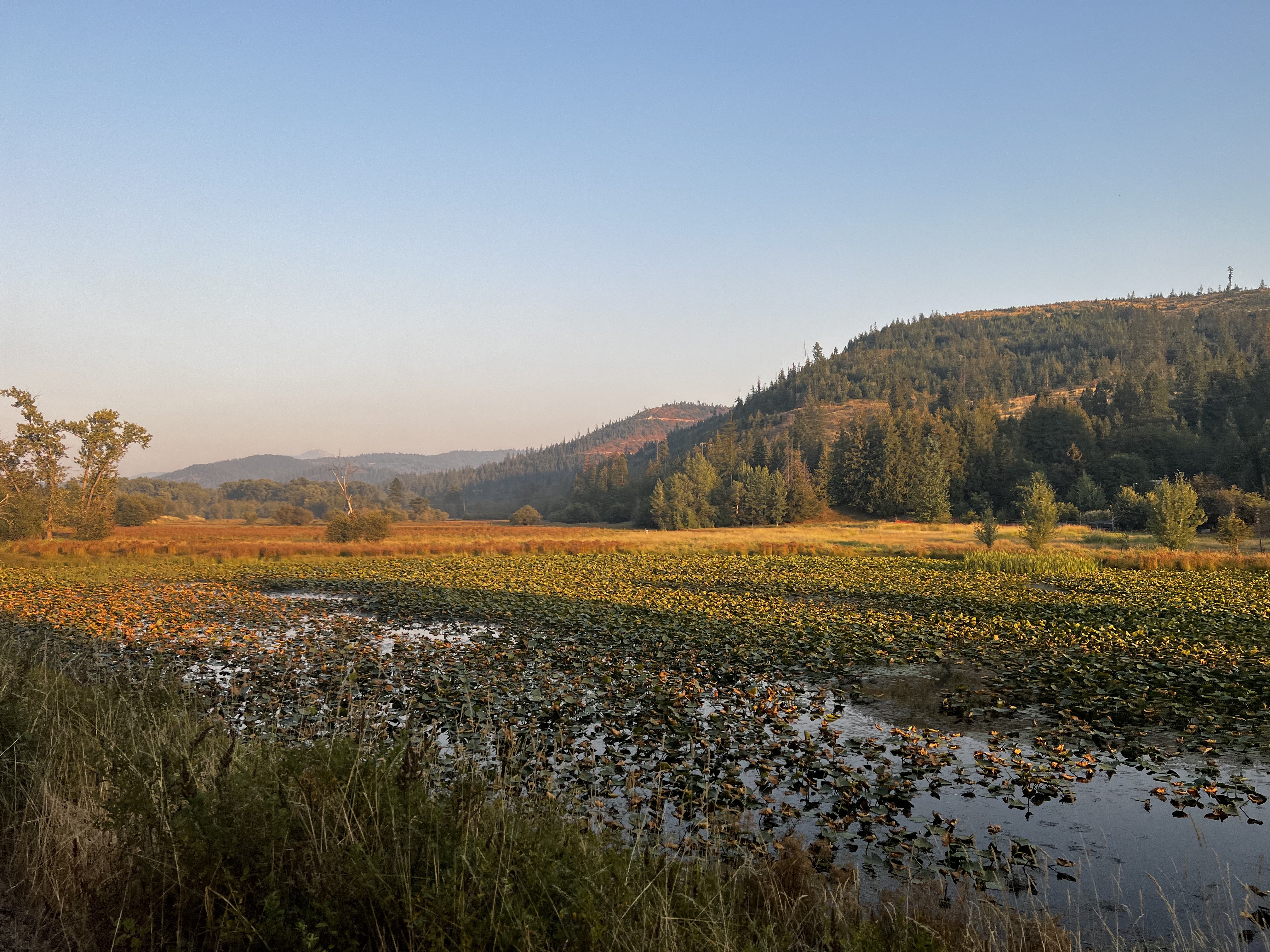 We did end up back in Wallace after 8 pm, and because it’s a tiny town in the middle of nowhere, almost everything was closed. So if you do this ride, either start earlier than we did or be prepared for a dinner of gas station protein bars after your 90-mile trek 😂.