This was our third week of quarantine here in Portland. I felt a little lethargic by Friday, but overall it was productive.

What’s kept me most sane is being religious about adhering to a schedule. It’s easy to let work bleed into personal time and start to feel burned out before you realize it.

Finding little ways to inject humor into the day has also helped. I started setting my background in Zoom meetings to various disasters, like the Hindenburg and a house burning down. I created an album of these, so feel free to use them yourself. 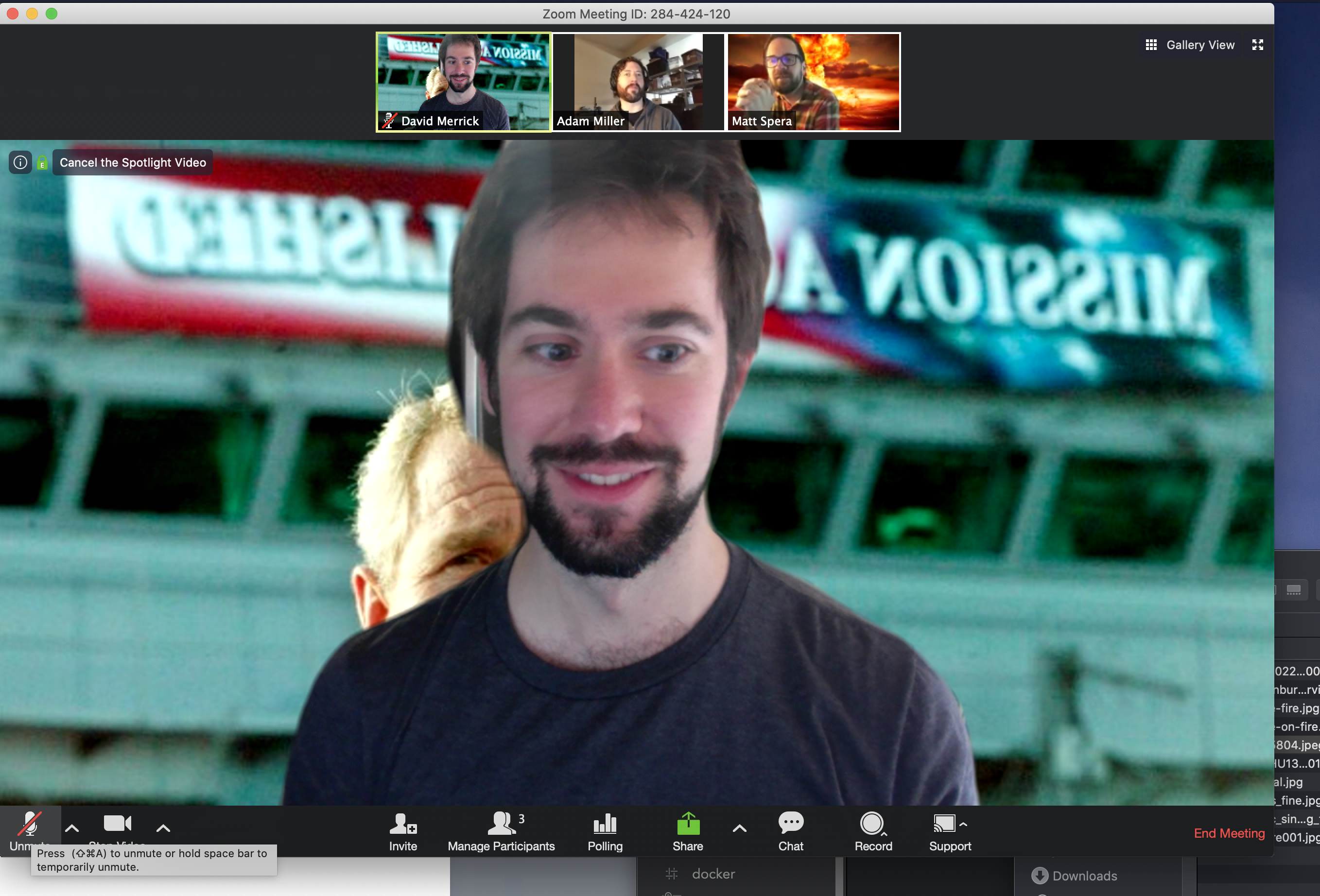 Games also lighten the situation. I did a game night with friends on Tuesday and coworkers on Thursday. We hopped in a Zoom video call and played some board games via the web on BGA. I’m going to play Terraforming Mars with some friends during the day tomorrow.

I’ve also been playing a ton of Beat Saber. VR is a medium that really shines in a quarantine scenario.

I finished Reality Is Broken, which advocates improving society by incorporating more games into our everyday lives. It was good! I’ve been trying to incorporate some of the ideas into my own life.

Continuing my pandemic reading kick, I’m listening to The Next Pandemic on Audible and reading The Great Influenza.

I organized my photo library, which was a Herculean endeavor. I have about 35,000 photos that I’ve been meaning to get onto iCloud, and finally got around to deleting enough of them to make that viable. I also uploaded a bunch of them to Google Photos. I got my parents a Nest Hub for Christmas and added some photos to their album as well so they’ll show up when my parents are in the kitchen. The Nest Hub Max was on sale this week, so I ordered one for my parents, figuring it will also make it easier to video chat with them during the day sometimes.

I installed a wall mount for my bike for convenience, since I’m riding it more often. It also saves me from making too many trips to the basement bike room via the elevator and catching Corona that way. 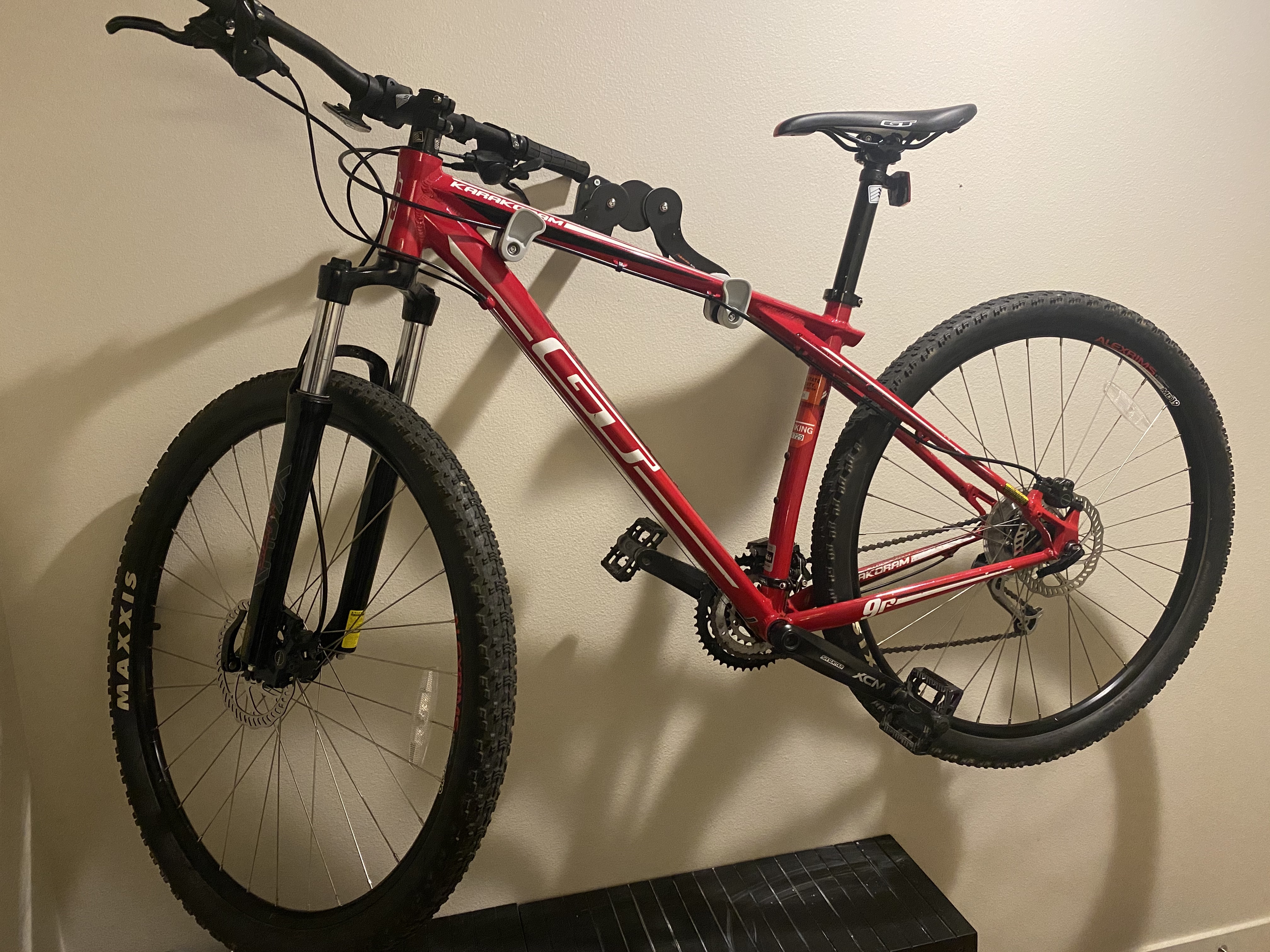 I decked out my Roomba in R2-D2 decals. 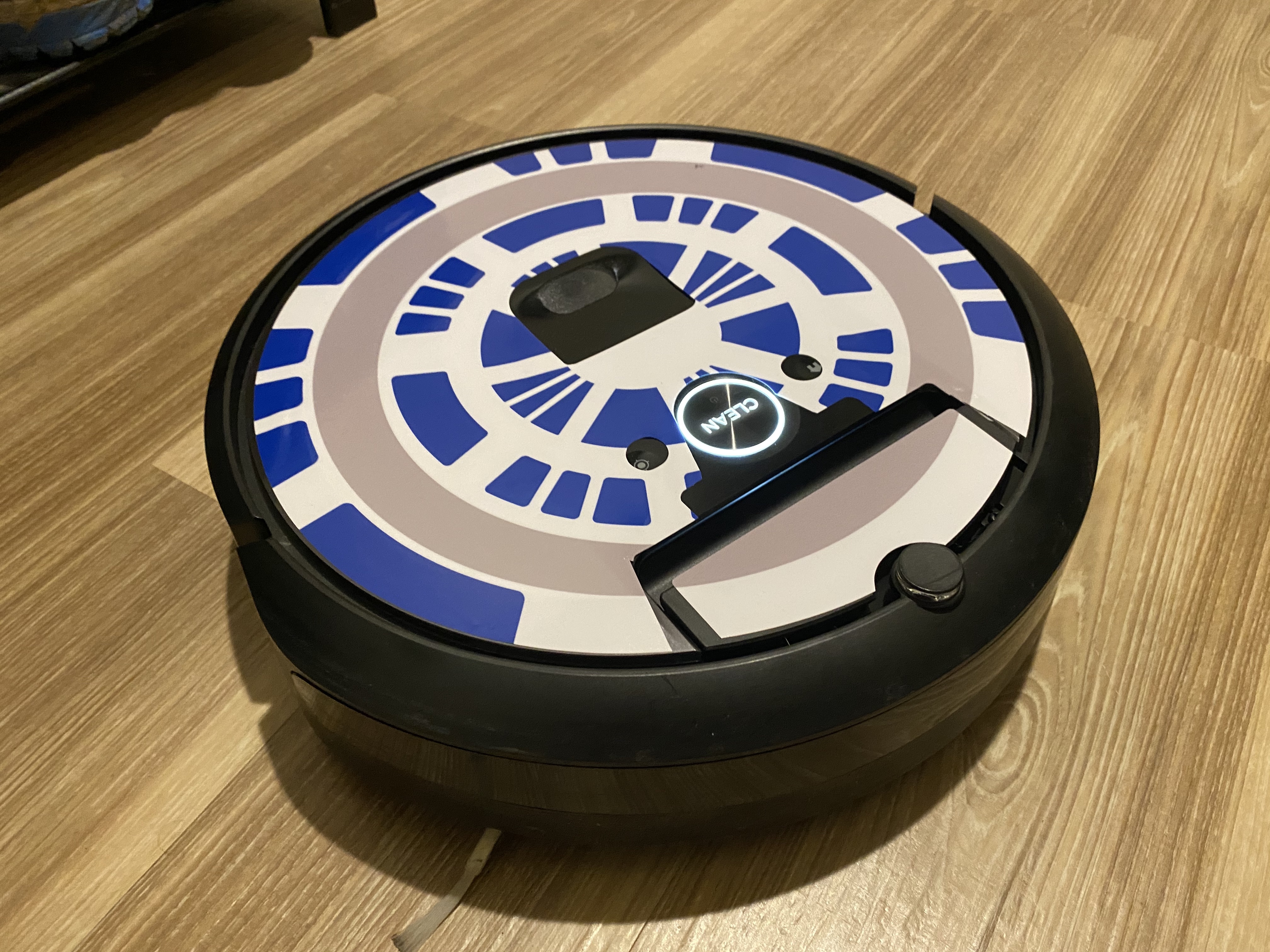 I started writing this toy Slack bot to remind me how many days I’ve been in quarantine. Other coworkers have come up with more manual ways of tracking. 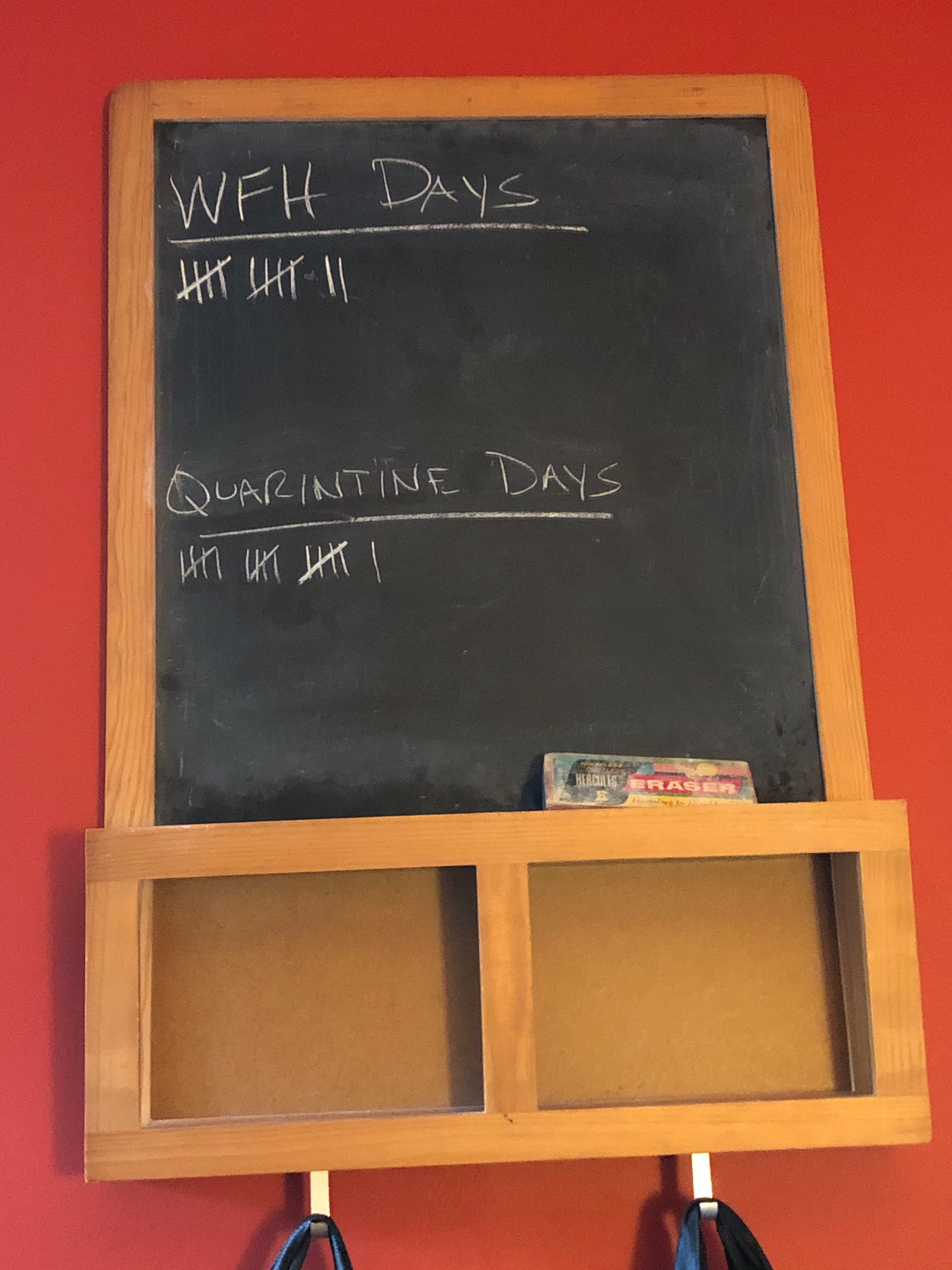 Things moved fast this week. On Monday, we got the official Oregon “stay at home” order, which caught precisely no one by surprise. Rumors were floating around about it late last week. We went from 179 known cases to 479. We’re still super limited in our testing capacity, so the number is likely much higher.

This was the week I started wearing a mask in my building and while shopping. I’m still amazed by how few people I see in masks. My dad sent me this article on why masks are important for more than just their raw efficacy. They can be a signal to others that this isn’t business as usual, and a reminder to not touch your face.

Nationally, the virus continued to cut through the population like a scythe. The U.S. became the top country by cases, and the current estimate is that we’re at least a month away from the peak. New York got hit especially hard. In Portland tech, Vacasa announced layoffs because demand for vacation homes has fallen off a cliff.

Amazon announced that many “non-essential” items would be delayed in shipping until the end of April, but I definitely ordered some non-essential things and had them arrive in two days. I predict that the dark days of Amazon shipping delays are still ahead of us as the virus cuts through warehouses and supply chains.

You still can’t find toilet paper anywhere, but stores have started putting policies into place to limit quantities each shopper can take.

And everyone started watching this tiger show on Netflix.

In happier news, Animal Crossing came out and I picked up a copy. It’s just as addictive as it was promised to be. Naturally, I named my island “Corona.” 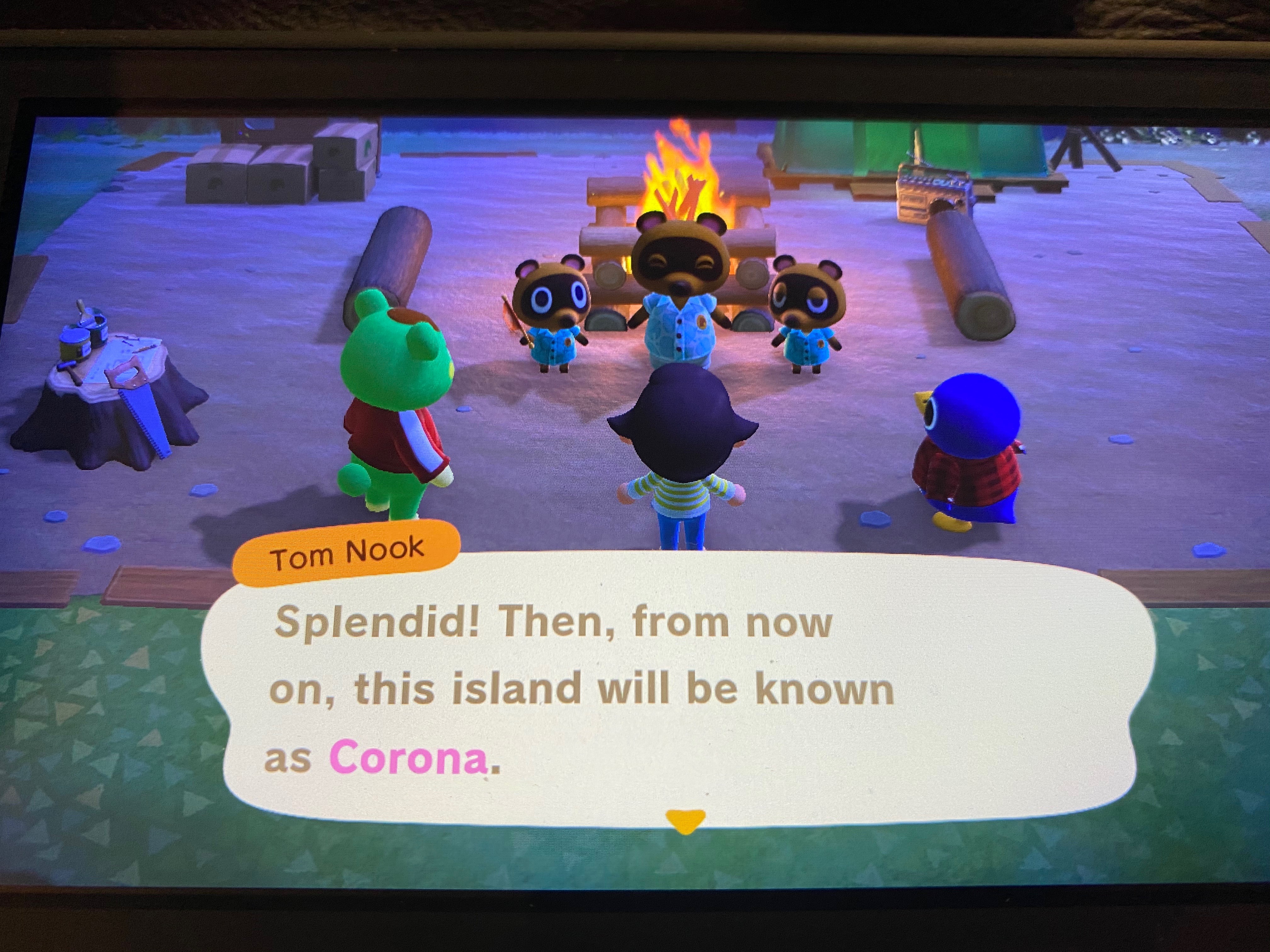 Finally getting caught up on writing about this trip I took last fall. I’d been wanting to visit Italy forever. My roommate in college had lived near Naples ...